HOW MUCH WATER IS IN SNOW? Snow Density and Snow Water Equivalent 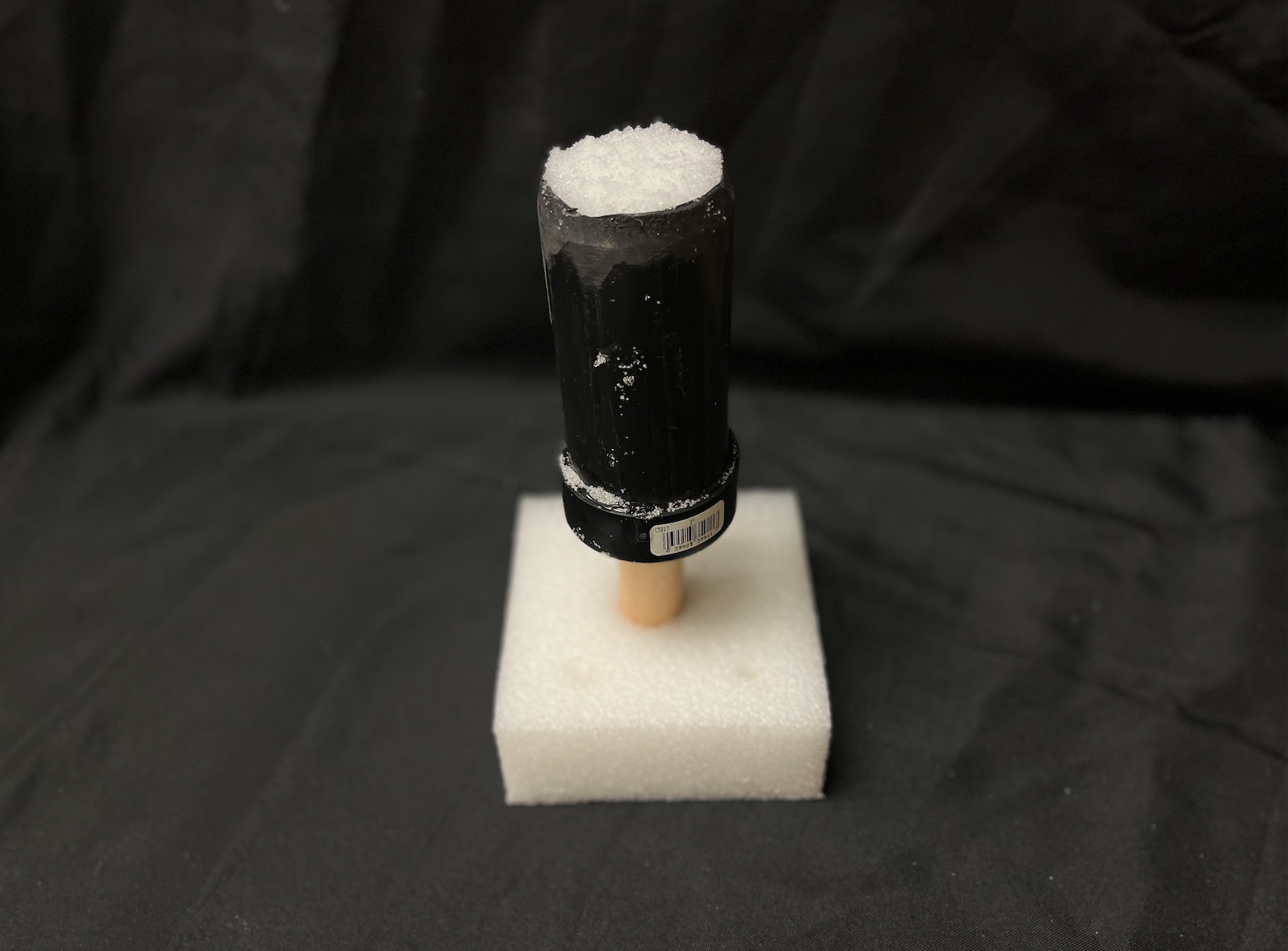 This activity may be done in conjunction with the snow pit study or as a separate lesson. Students use a snow sampling tool of established volume to explore snow density and snow-water-equivalent (SWE), the amount of water that is contained within a given volume of snow. Older students may calculate density and SWE values, whereas younger students will learn based on observation and comparison of different snow samples.

In addition to gaining an introduction or applied context for the concept of density, students will gain an appreciation for the importance of snow as a water source.

At least twenty  minutes before starting the activity, place the snow sampling tubes and spatulas outdoors to cool down, so that they don’t melt the snow when they come in contact with it during the sampling process.

There are only two sets of sampling tubes. If you would like more students to be able to participate in the sampling activity at the same time, the activity can be done by collecting snow in other types of containers of known volume (e.g. plastic containers provided in the kit) with some modification in procedures. To be able to compare results from different locations, all students should use the same type of container and follow the same procedures.

If students have already completed the snow pit study, they will have noticed that there are differences in snow grain size and shape, how much the snow grains stick together, how much space there is in between the snow grains, and how hard or compacted the snow is among different snowpack layers. One characteristic of snow that scientists measure when doing a snow pit study is the density of the snow layers and the overall or bulk density of the snow at that location.

If students have already been exposed to the concept of density in math or science, ask a student to refresh everyone’s memory of what it means and how it is calculated.

You might also ask guiding questions to find out if students have an intuitive or experiential understanding of what density means and how it is different from but related to weight.

Do students have any ideas about why someone would want to know about how dense the snow is? They are not expected to have answers in advance, but they might suggest implications for snow stability/avalanche risk/ “post-holing” in snow; determining which snow is best to melt for water; or other ideas from personal experience.

Note that only two students will be able to collect samples at a time if using the snow sampling tools. Designate two students to take the samples. Distinguish the tools by writing each students’ initials on a piece of tape and affixing the tape to the wooden handles of the tools.  You might suggest that the students collect samples from different layers in the snowpack or from different locations.

The spatula can be done by the student who is still holding the sampling tube or by another student if more convenient.

This portion is optional and is suitable for students who are more advanced in math, including geometry.

Water has a known density of 1 gram per 1 cubic centimeter (1 g/cm3). Therefore:

Density is represented by the symbol ρ (Greek letter rho)

Density of the original snow sample = Mass of water in the cylinder divided by volume of the cylinder.

6. The importance of water from snow

References to help connect the activity content to critical freshwater resources from snow:

One Comment to HOW MUCH WATER IS IN SNOW? Snow Density and Snow Water Equivalent